This month’s CoroCoro magazine out of Japan has leaked us 2 new Pokemon, as well as some details about the upcoming film Volcanion & The Ingenious Magearna. As a back to back bonus we have a gameplay video of two of the new Zygarde forms courtesy of a broadcast during the Taiwan National Championships.

First we have Koala based Pokemon Nekkoala. It is dubbed the half-awake Pokemon. It is normal type with the ability Definite Sleep that allows it to be immune to all other status ailments except for sleep. Next we have another dog based Pokemon called Iwanko. Surprisingly enough, it is not normal type. This time around it is a rock type. It has been dubbed the puppy Pokemon and can have Keen Eye ability or Vital Spirit. Iwanko does appear to be the dog like Pokemon we got a split second peek at during a game play segment of a Pokemon Direct a few weeks back. 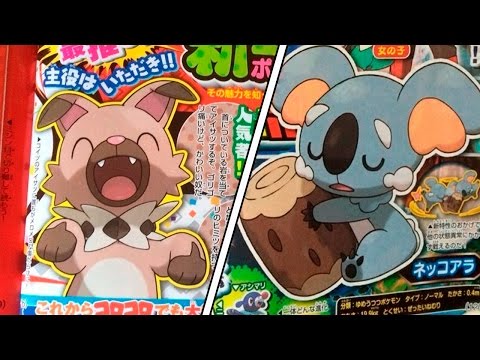 A day after the CoroCoro leaks, there was a broadcast at the Taiwan National Championships. It depicted two formes of Zygarde: 10% and Complete forme. The video starts with 10% Zygarde attacking with the moves Thousand Arrows and Thousand Waves witch are probably ground type. It looks as though when in 10% form you will transform into complete form once your health gets low enough. Once transformed Zygarde can unleash an epic move called Core Enforcer which looks to be a dragon type move.

We will be able to get our hands on these Pokemon come November 18th on the 3DS handheld platform. Stay tuned for more CoroCoro leaks and E3 news.

Elsword Gets A New Zone, Dungeons, Raids, and More!

Tips to Stay Healthy While Gaming

We use cookies to ensure that we give you the best experience on our website. If you continue to use this site we will assume that you are happy with it.AcceptDeclinePrivacy policy